In 2019 the UK became the first major economy to pass net zero emissions law, requiring it to bring all greenhouse gas emissions to net zero by 2050. Many local authorities have also declared a Climate Emergency and set out their own action plans to achieve Net Zero.

To achieve this, draft Government Policy in relation to Energy (EN-1) makes clear that we need to transform the energy system in the UK, tackling emissions while continuing to ensure secure and reliable supply and affordable bills for households and businesses. Renewable Energy and related infrastructure has a significant role in achieving this target as low carbon technologies can replace existing coal and gas power plants decarbonising the network.

The UK has so far made good progress in decarbonising energy. In terms of installed capacity in 2021 the UK had approximately 14GW of solar, 14GW of onshore wind and 10GW of offshore wind, with renewables supplying around 43% of the nation’s electricity needs.

However, achieving net zero requires significant further deployment of renewable energy to produce clean power for electrification of mobility and heating, as well as indirect electrification, to produce green hydrogen for decarbonising heavy industry and transport. 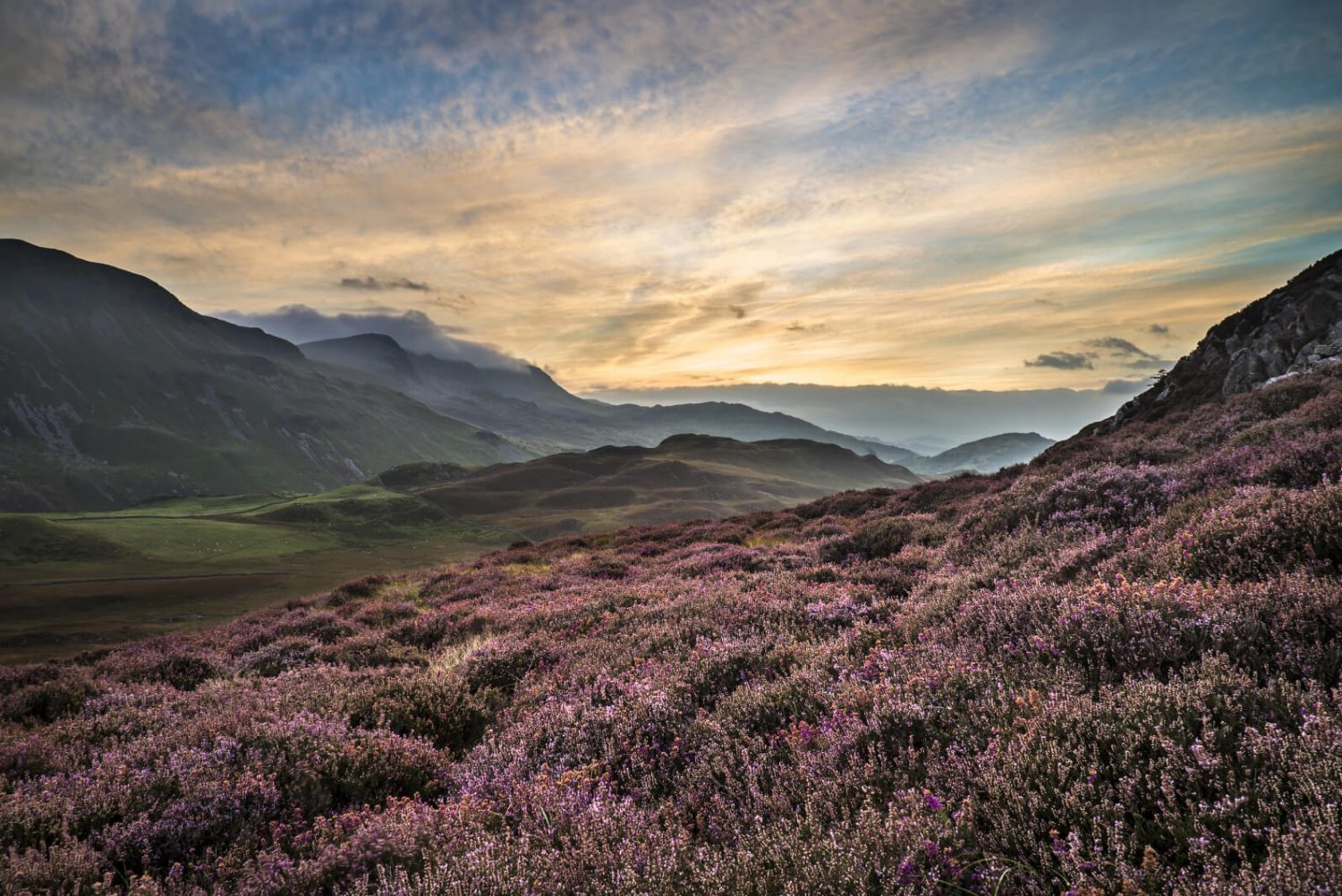 A key part of the achieving the de-carbonisation of the UK’s energy mix is solar. UK Government advisory, the Climate Change Commission (CCC), recommends that 75GW-90GW of solar capacity will be required to meet net zero, while the National Infrastructure Commission has estimated that more than 120GW will be needed.

Through a combination of falling technology costs and the industry’s track record in developing and operating projects to leverage efficiencies and economies of scale, subsidy-free solar has been achieved. The ability to construct solar farms without government support has reinvigorated appetite for ground-mounted projects among investors and other entities. 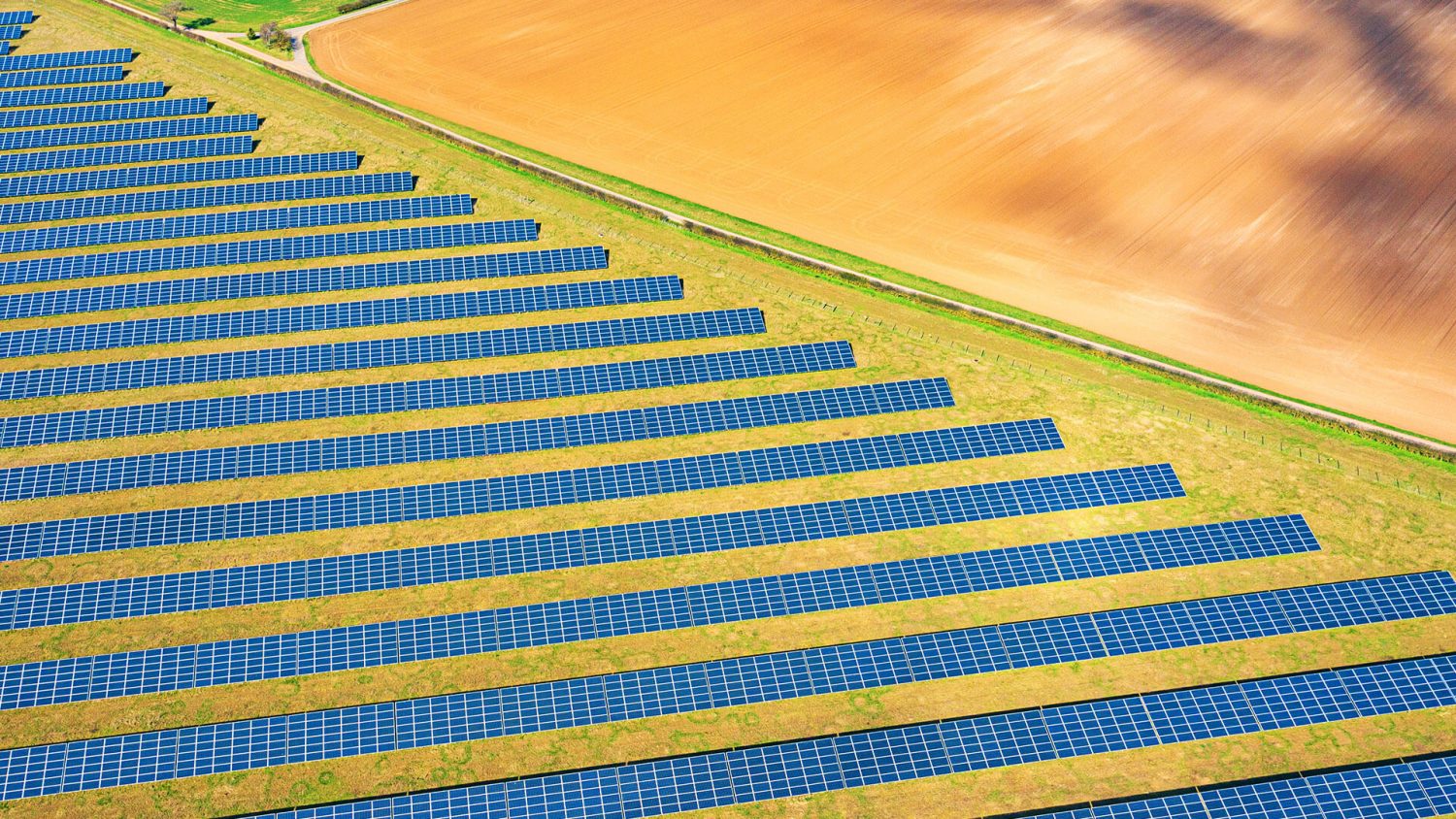 Keeping the energy system in balance

Reaching net zero also requires retiring fossil fuel power generation capacity. Without the sufficient levels of inertia these power stations have traditionally provided, the grid requires more flexible capacity to balance and maintain frequency for stable and safe operation. Energy storage, including Battery Storage systems have a key role to play in this regard.

For the past few years energy storage has been providing critical services to the National Grid Electricity System Operator (ESO), to enable it to manage grid stability. The importance of these types of flexibility and capacity market services are expected to increase to help the transmission grid, as well as distribution networks, manage demand peaks or periods of oversupply, due to variable generation and more loads, like electric vehicle chargers.

Solar farms, wind farms, along with energy storage assets, are all features of a distributed energy system, powered by clean energy. From a development perspective, the potential of certain sites can be maximised by developing both solar and energy storage assets on a parcel of land. While each asset has a separate income stream – power purchase agreements (PPAs) for the solar output and a “stack” of multiple revenue streams for the storage asset – synergies in development and construction can be exploited, reducing overall capital investment. This also contributes to a lower levelised cost of energy (LCoE) for carbon-free energy, which is ultimately good for consumers.

As grid balancing facilities, Battery Energy Storage Systems (BESSs) assist the operation of the grid in balancing electrical frequency at times of system stress and ensuring that homes and businesses can be powered by green energy even when the sun isn’t shining, or the wind has stopped blowing and ensuring the UK meets the objective of achieving net zero carbon by 2050.

The UK’s Sixth Carbon Budget which was adopted by the Government earlier this year requires 70% of electricity generation to be provided by variable renewables (wind and solar) by 2035 and 80% by 2050. In order to achieve this, a flexible electricity system is required to balance out the variability in renewable generation. As such, the budget sets a requirement for 18GW of battery storage to be provided by 2035.

What is Battery Storage?

Battery storage, or battery energy storage systems (BESS), are devices that enable energy from renewables, like solar and wind, to be stored and then released back to the grid when customers need power most.

What is the difference between a battery energy storage system (BESS) and a renewable energy generation asset such as a solar farm?

Solar farms, wind farms, hydropower facilities and biomass plants all produce electricity from renewable sources. Once the electricity is produced it has to be used and is supplied to the grid via a connection to the local distribution network.

A battery is a device for storing electricity electrochemically. BESS installations are very large batteries designed to store electricity from a source, either directly from the grid via a substation or other point of connection, or through being connected to a generation asset such as a solar or a wind farm. Typically, a grid-scale BESS installation is connected to the grid via the distribution network and is operated to absorb and store electricity from the grid or inject its reserves into the grid in response to signals by the UK’s grid operator, National Grid ESO (The ESO or DNO is not allowed to invest in grid scale storage due to the OFGEM regulations, meaning private investment has to fulfil this role)

How are BESS projects treated in the UK planning regime?

Changes in legislation in December 2020 through the Infrastructure Planning (Electricity Storage Facilities) Order 2020, removed energy storage projects (other than pumped hydro) from the Nationally Significant Infrastructure Projects (NSIP) Regime in England and Wales meaning that all such applications should be processed by local planning authorities, instead of seeking approval through the NSIP regime.

The planning regime in England previously treated storage projects as “energy generation” where projects over 50MW had to go through the NSIP process, which can increase development timelines significantly, increasing costs.

For developers, investors and landowners, it means BESS projects in England and Wales should reach commercial operation date more quickly due to shorter planning timelines. For UK energy consumers as a whole this change is also beneficial because BESS projects that become operational sooner are playing a role in integrating more renewable energy capacity and enabling the low carbon energy transition to occur more smoothly.

In Scotland energy generation projects over 50MW, including electricity storage are considered by Scottish Ministers under Section 36 of the Electricity Act 1989. If consent is granted under Section 36, Scottish Ministers have powers under Section 57 of the Town and Country Planning (Scotland) Act 1997 to direct that planning permission is deemed to be granted and there is no requirement for a separate application for planning permission to be made. The Net Zero target date for Scotland is 2045.

BESS installations comprise battery racks, consisting of modules, which contain lithium ion battery cells, which charge and discharge. [using the same battery cells as in our mobile phones for example] Overcharging lithium ion cells can, in isolated examples, risk their overheating, exploding and catching fire, known as thermal runaway, which can spread to other cells. The battery management system (BMS) controls the charge and discharge of cells in each module or pack, operating batteries in such a way as to minimise thermal runaway events and thus significantly reduce any fire risk. BESS systems also include cooling systems and technologies to keep the internal operating environment cool.

Lithium ion batteries encompasses several types of chemistries, some of which are far less sensitive to thermal runaway, due to their chemical composition. One of the safest in this regard is lithium iron phosphate (LifePO4 or LFP) technology.

Ensuring our facilities are safe is a fundamental objective and our battery storage system facilities are designed to the highest possible safety standards including adherence to NPFA 855 Standard for the Installation of Stationary Energy Storage Systems. Our installations are all subject to high standards of monitoring and maintenance to ensure optimum performance and safety of the assets.

What about the noise and visual impact of BESS systems?

Compared to conventional energy generation plants, BESS installations have low noise profiles and emit no emissions. They are housed within shipping containers or as exposed battery racks which are normally single storey in height and can be integrated into local landscapes, with the use of hard landscaping, acoustic fencing and screening plant options.

Noise impact assessments are undertaken for BESS projects by developers, as part of planning applications to establish whether noise emitted by the BESS, or associated equipment, needs to be a determining factor in granting planning permission. Usually worst-case noise level predictions, based on measuring background noise levels, such as road traffic, at the nearest noise sensitive receptors, are undertaken in accordance with the relevant standards to identify whether acoustic mitigation measures are required or not. These measurements are carried out by independent acoustics specialists or consultants according to British Standard (BS) 4142 for rating and assessing noise of a commercial or industrial nature.

Cambridge Power’s construction partners have an established track record in building renewable and grid infrastructure projects including BESS using approaches that aim to minimise disruption to local residents and communities.

While earlier renewable energy developments paid less attention to biodiversity, today there is an awareness among the industry, the government and the wider public that the energy transition also needs to occur sustainably and in a way that preserves and supports biodiversity.

While media articles have emphasised the industrial nature of some solar developments in parts of the UK, there are plenty of examples, which are publicly available as part of planning consultations, of solar and battery developments that aim to give back to local communities, via community funds, often alongside measures that enhance biodiversity.

These can include planting shrubs and vegetation as “screens” to reduce visual impact, as well as seeding wildflower margins around the edges of battery and solar projects and between panel rows, to encourage wild bees, butterflies and other pollinators and insects. Installing nesting boxes, to attract wild birds, is another approach to ensure renewable energy developments can occur sympathetically in natural areas.

Unlike other developments that can potentially occur on farmland, renewable energy projects are time limited (usually 25-40 years)and are reversible once the solar or BESS installation reaches the end of its operational lifetime with planning conditions usually requiring the removal of equipment and the restoration of the land upon cessation of the use.

Supporting wider sustainability objectives including providing biodiversity enhancements are an important component of Cambridge Powers’ installations. As a result we aim to achieve a minimum of 30% biodiversity net gain across our solar sites and at least 10% across our BESS sites.

Do solar farms and BESS take up agricultural land?

Responsible development of solar farms, as well as battery energy storage systems (BESS), involves the developer working closely with a landowner, often a farm [but also on existing brownfield sites such as former coal power stations], to develop a site in a manner that is environmentally responsible and which also minimises visual and other impacts.

Unlike other developments that can potentially occur on farmland, renewable energy projects are time limited (usually 25-40 years) and are reversible once the solar or BESS installation reaches the end of its operational lifetime with planning conditions usually requiring the removal of equipment and the restoration of the land upon cessation of the use meaning that the site can return to arable use in future. Leasing a site for a solar farm or a BESS asset can be considered as an opportunity for a source of stable income to support the viability of a farm overall and its main purpose, which is agricultural. In many cases solar is compatible with farming practices, including livestock grazing. This also ensures that the land and soils have the opportunity to recover from intensive arable practices resulting in an overall improvement in soil quality in the long term.

A key factor in whether a site is suitable is the availability and proximity of a grid connection. Developers must also take into consideration views of local stakeholders, including residents, parish councils and other groups that may be impacted.